KLA ART Labs was a 9-month program leading up to the next edition of the public arts festival KLA ART in 2020. From July 2019 to March 2020, lab participants/investigators explored new ways of working through lab sessions on Research and Concept Development and Making Things Public. The programme was divided between Lab Sessions, and residencies. For each of the sessions, we invited practitioners from our Arts Collaboratory networks who are both passionate educators and learners.

The program is an initiative of 32° East with support from the Prince Claus Fund for Culture and Development and Arts Collaboratory.

During the first two weeks, the participants introduced their concepts to the co-investigators and had informative critique sessions with each other which allowed them to examine their projects deeper.

Later in the 2nd week, the group travelled to Gulu District in the north of Uganda, to attend a two-day Politics of Return Conference and Exhibition which included panel discussions with former artists in residence Bathsheba Okwenje, Gael Maski and Willy Karekezi talking about their research process and how they reacted to the theme of “return”.

Another panel featured Teesa and Labs participant Gloria Kiconco talking about the relationship between art and research. Labs participant Charity Atukunda was also on a panel to discuss her contribution to the exhibition, the cartoon titled ‘Children of War’.

During the next 4 weeks, participants studied independently and had collective discussions once every week on Thursday. By the end of these 6 weeks, they had fleshed out their proposal to be explored in residency and developed further as commissioned work for KLA ART 2020.

Photo highlights from the Lab Sessions 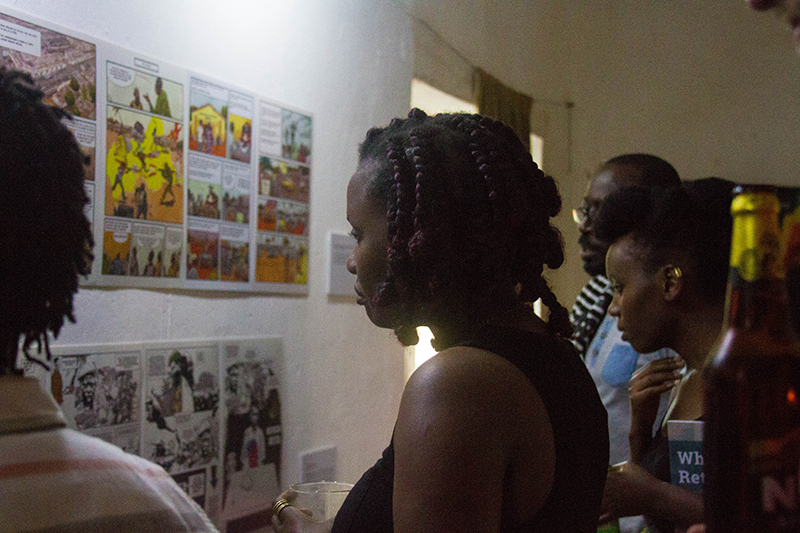 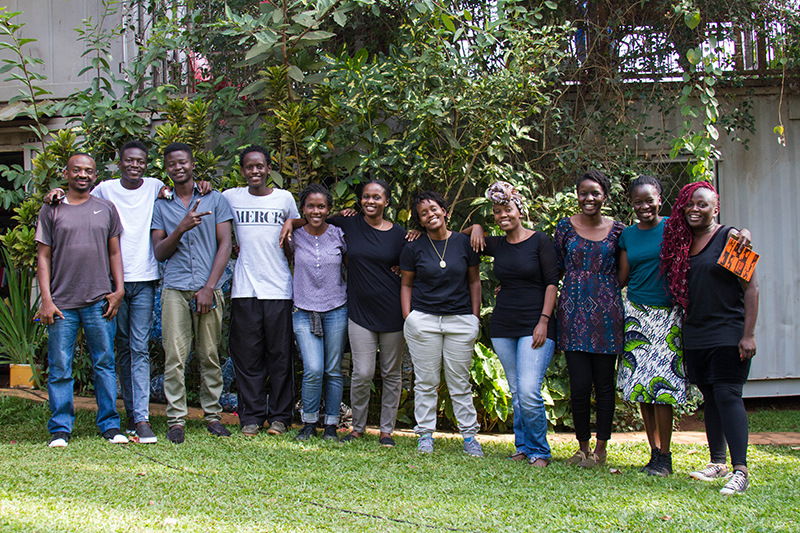 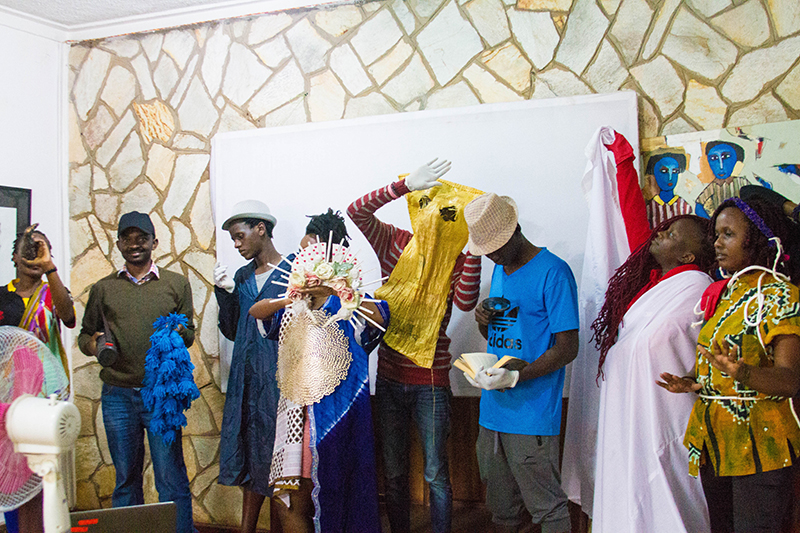 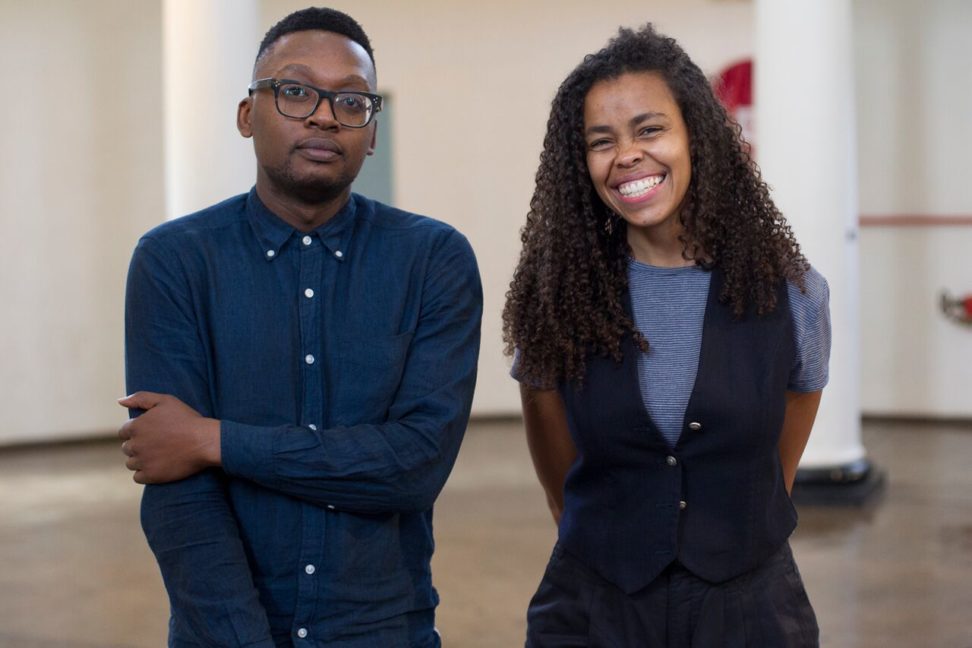 MADEYOULOOK is Molemo Moiloa and Nare Mokgotho. The works of MADEYOULOOK are, as the name suggests, tongue-in-cheek interventions that encourage a re-observation of and defamiliarisation with the ordinary. The works engage daily urban routine, lived and practiced by people every day. 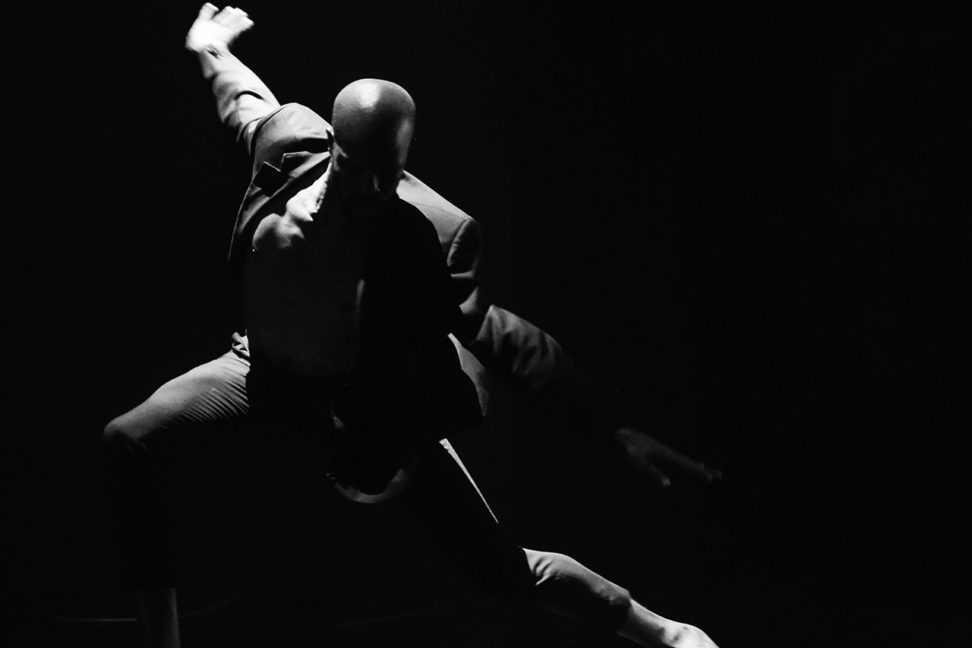 Lobadys is a dancer and choreographer who has received formal education in contemporary dance studies at the "Colegio del Cuerpo," (the School of the Body) and member of the International Company of Contemporary Dance led by the renowned choreographers Álvaro Restrepo and Marie France Deliuvin.

A 3 day mini-lab session where KLA ART Labs participants were joined by co-investigators Sari Dennise from Crater Invertido in Mexico and Dominique Ratton, previous co-director of TEOR/etica in Costa Rica.

They explored various creative, alternative and poetic ways of documentation.

The labs began with a discussion on important steps and questions involved in the preservation and future presentation of their artworks. Questions like, how do we remember and how do we want to remember? How do we deal with the infinity and immensity of the digital archives?

The group then carried out a peer-led walking exercise that focused on observing and being present, paying attention to movement, surrounding and sounds.

Highlights from the Lab Sessions

Between September 2019 and February 2020, our 11 Labs participants head off for 3-6 weeks residences at our Arts Collaboratory Network partners.

The residencies were a fantastic opportunity for the artists to explore new contexts, build new networks and gain new perspectives on their work. When they returned, were able to share their experiences during the ‘Making Things Public’ lab session which centered around audience and space. 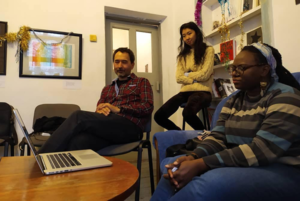 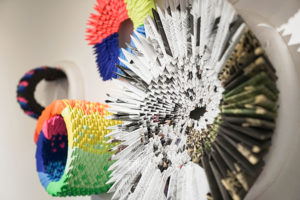 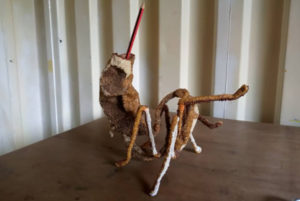 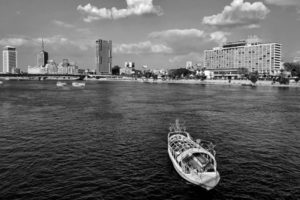 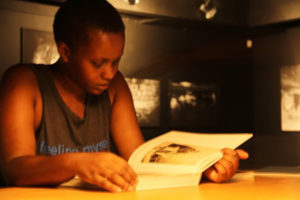 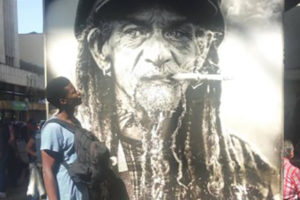 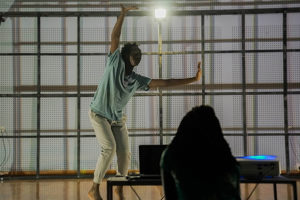 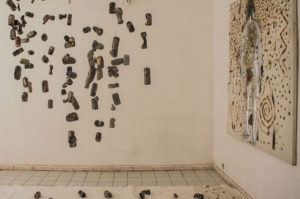 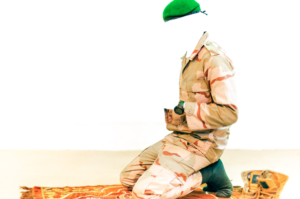 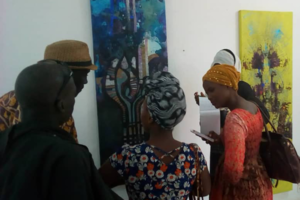 Our 11 KLA ART Labs participants returned to Kampala from their residencies with our Arts Collaboratory network partners. After exploring what it looks like to make art in places as diverse as Indonesia, Colombia, and Mali, they explored how to make their experiences public during the Making Things Public lab session. They also had discussions about how work is affected by context in anticipation of the KLA ART festival. 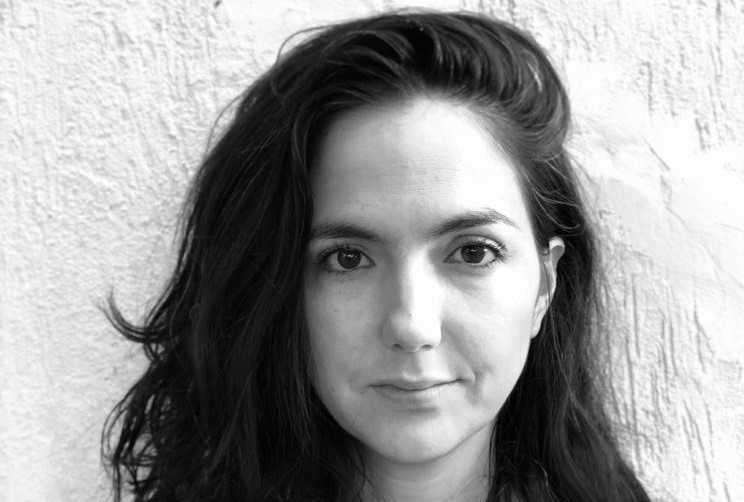 Ericka’s work takes the form of performative exhibitions, public programs, and publications. As part of her curatorial work she has written and performed what she calls “danceable lectures” in which she uses her experience of listening and dancing to salsa music to explore how the experience of rhythm helps to understand -in a bodily way- the notion of antagonism and how this enriches our notion of otherness. Her texts are published in different catalogues in Colombia and abroad, and also in mediums such as Revista Errata, Arcadia, Terremoto: arte contemporáneo en las Américas, and the USB Map Initiative of the Guggenheim Museum. Her interest in art and education led her to start with colleagues(Mónica Restrepo, Herlyng Ferla and Hernán Barón) La Nocturna, a platform to experiment on discursive and pedagogical formats. As part of her exploration on how we learn through our bodies and what a new education of the senses could be, she created (together with artist Herlyng Ferla) an experimental afterschool for kids and family where she designs a curriculum of art and transdisciplinarity. 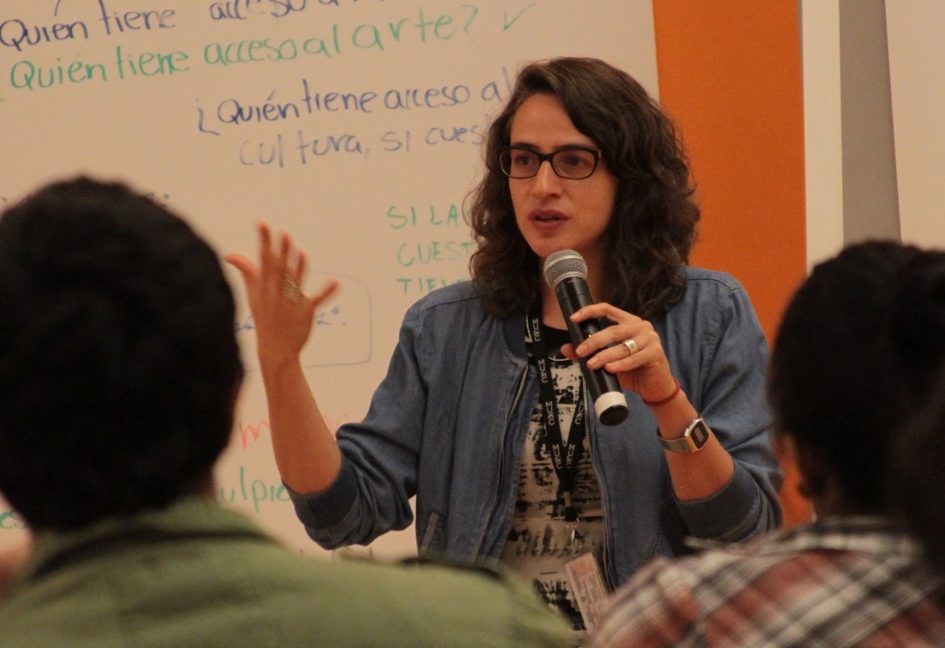 Sofia was Co-curator of the 32nd Bienal de São Paulo Incerteza Viva; Academic Curator at MUAC (Museo Universitario de Arte Contemporáneo – UNAM) in Mexico City, 2014–15; Research Curatorial Fellow at Independent Curators International, 2011; and Helena Rubinstein Curatorial Fellow at the Whitney Museum of American Art’s Independent Study Program, 2010. She received her BFA with honors from La Esmeralda National School of Fine Arts. In 2012, she was Workshop Clinics Director at International Symposium of Contemporary Art Theory and, from 2007 to 2010, Head of Education and Public Programs at Museo de Arte Carrillo Gil, both in Mexico City. Sofia is a member of Another Roadmap for Arts Education, of Red de Conceptualismos del Sur, and has contributed in specific events with the network Arts Collaboratory. Her project, Between Utopia and Disenchantment (Entre utopía y desencanto), critically assesses the collective memory and genealogies stemming from intentional community models developed in Mexico in recent decades, addressing the ideas developed by Ivan Illich at the Centro Intercultural de Documentación (CIDOC) and its extended influence to Mexican and international thinkers.

Highlights from the Lab Session 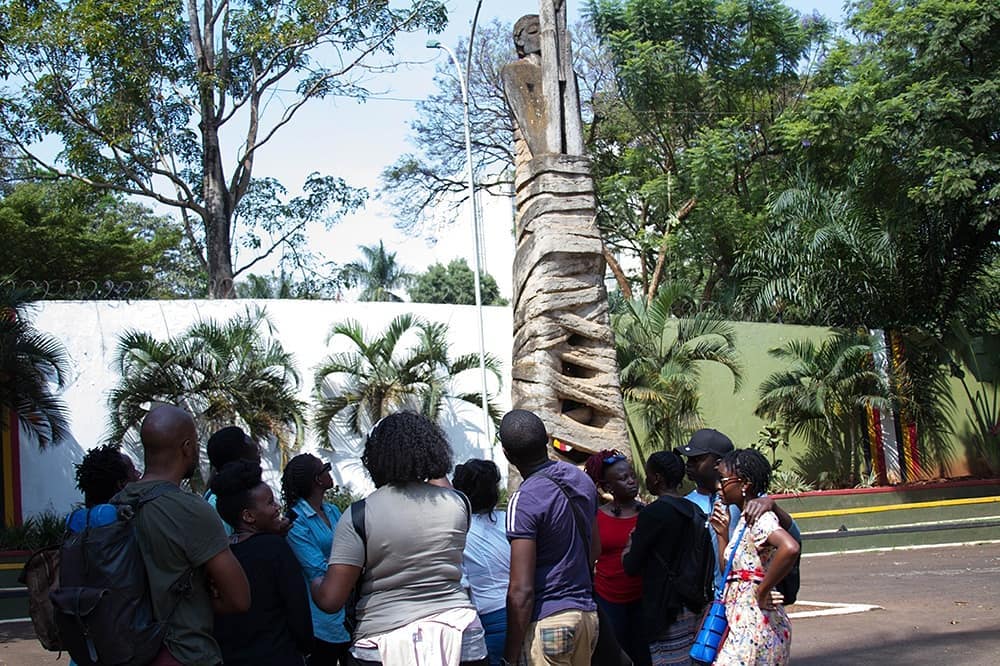 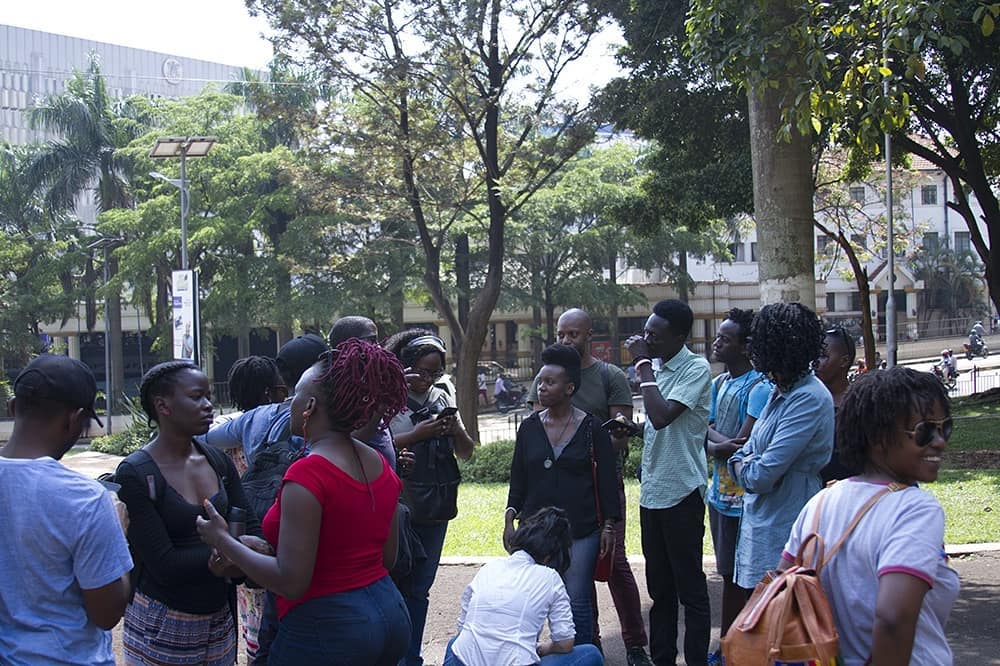 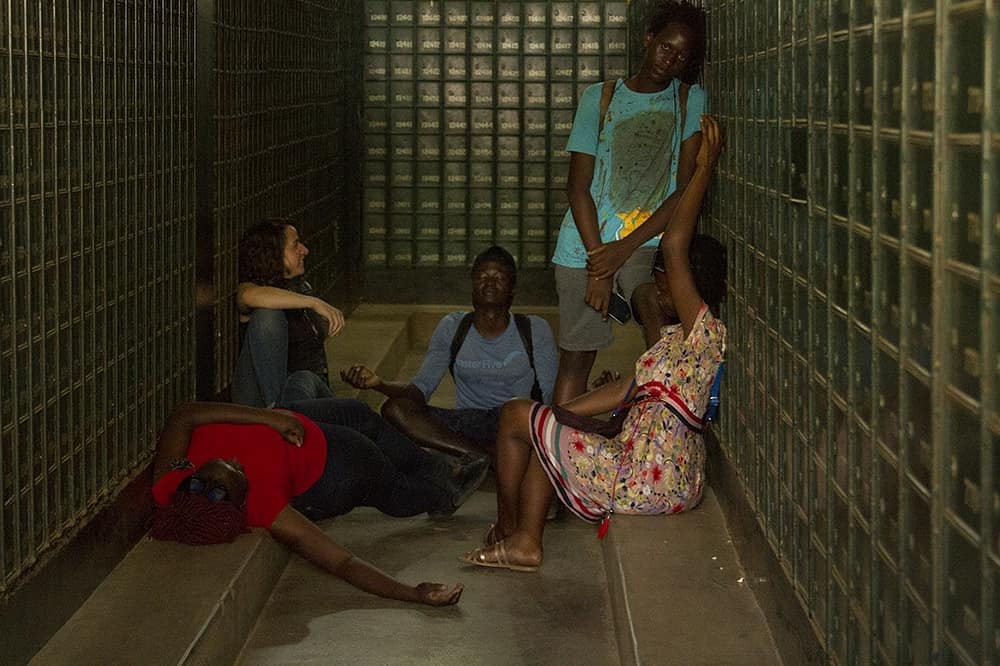